Thanks to the power of Reddit the “Population Lines” print (buy here) I created back in 2013 has attracted a huge amount of interest in the past week or so (a Europe only version made by Henrik Lindberg made the Reddit front page). There’s been lots of subsequent discussion about it’s inspiration, effectiveness as a form of visualisation and requests for the original code. So for the purposes of posterity I thought I’d run through the map’s conception and history. 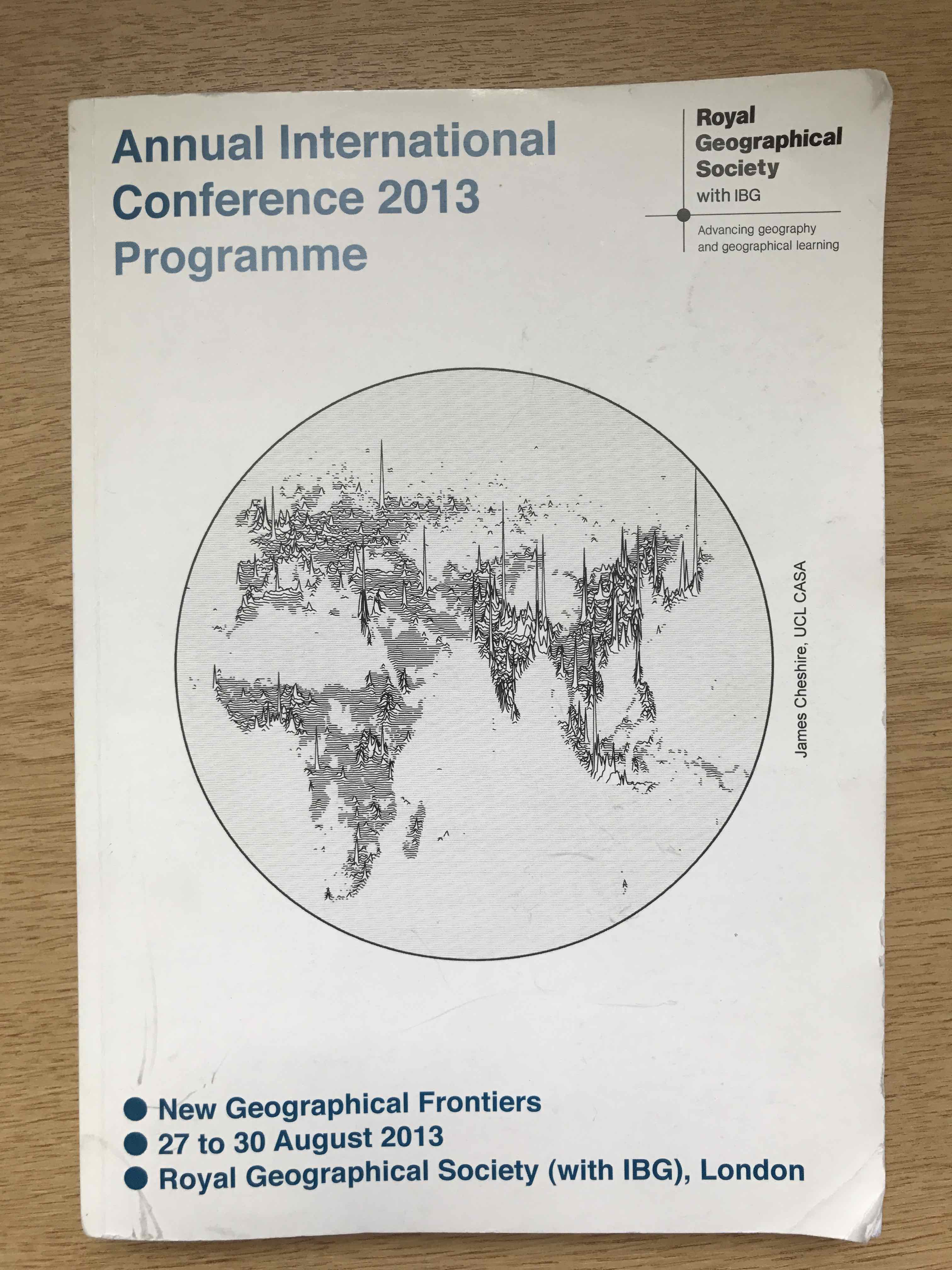 I was asked to create a graphic for the front cover for the programme of the Royal Geographical Society’s Annual Conference in 2013. The theme for the conference was “New Geographical Frontiers” and given the RGS’s long association with exploration I immediately thought of path breaking across undiscovered lands or summiting mountains. These activities have very little to do with the annual conference, but I wanted to evoke them a little on the cover. To me the greatest frontier for geographers is better understanding the world population and also appreciating that Europe/ the USA are no longer at the centre of the action. I therefore played around with various population map options (you can see some inspiration ideas here). I was keen to get something that showed the true peaks of global population, which is how I came upon what I thought was a fairly original idea of showing population density spikes along lines of latitude using data from NASA’s SEDAC. After creating this – and as with so many things in geography/cartography/ dataviz – I later discovered that mapping spatial data in this way had been done before by the pioneers of computer mapping using software called SYMAP (I can’t find an image of this but I’ve definitely seen it!). So it’s nothing new in terms of a way of geographically representing the world.
As for the design I was seeking something akin to the iconic Joy Division album cover. The original RGS cover was black and white, but thanks to a suggestion from Oliver, I opted to mark key cities in gold to help with orientation etc. I’ve provided the original R code below for those interested. Since creating Population Lines I’ve only created one other map using this technique and it was for the book London: the Information Capital. For this we wanted to show the huge population spike experienced but The City of London during the working day. I think it works really well for this. I’m not convinced the technique is good at showing exact data values at precise locations but if you are looking to draw attention to extremes and you are dealing with familiar geographies/ places then it can tell a compelling story. 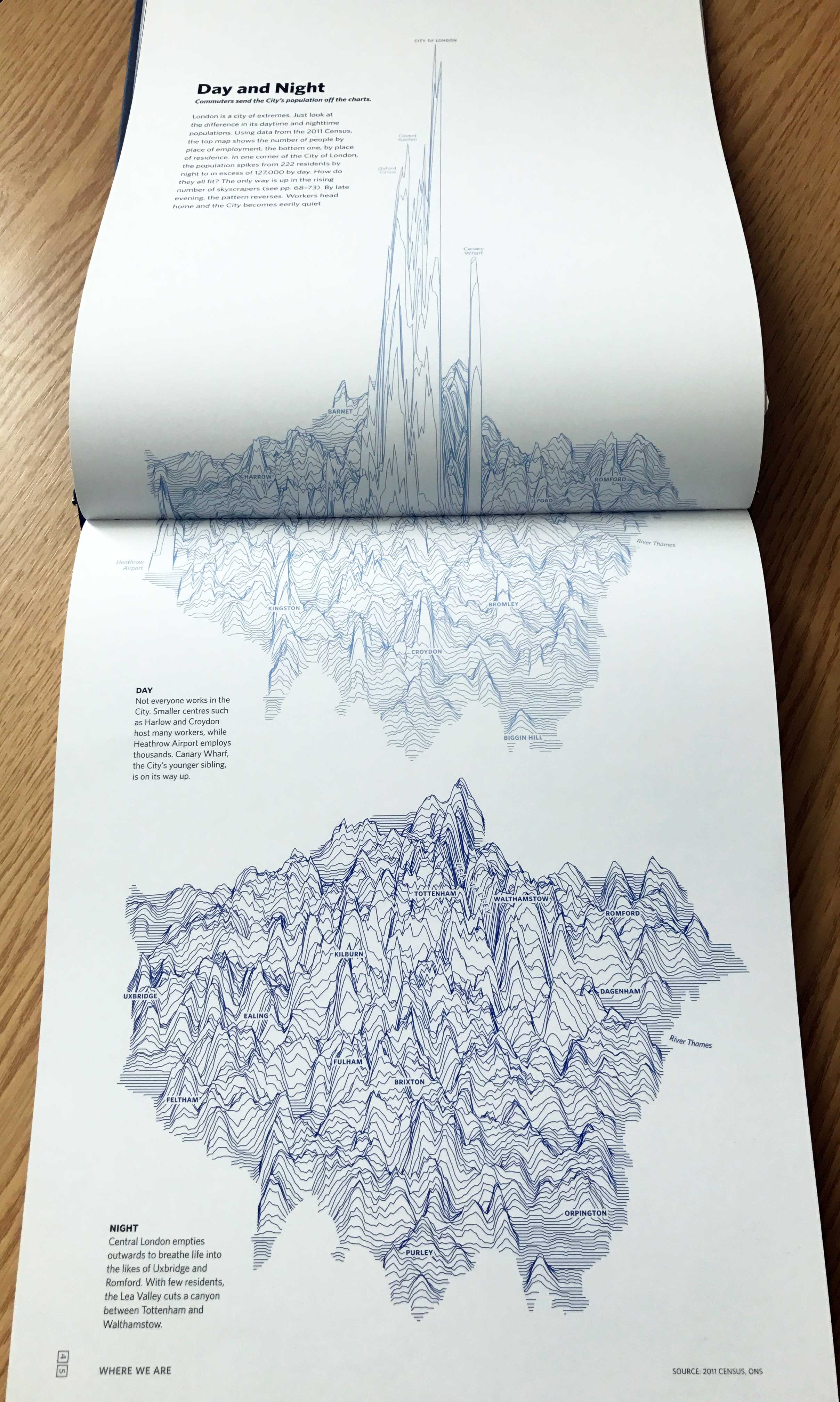 Here is the original R code I used back in May 2013. R has come on a lot since then, but this still works! You should use the latest population grid from NASA’s SEDAC.

If you want to learn more, you can see here for another tutorial that takes a slightly different approach with the same effect.